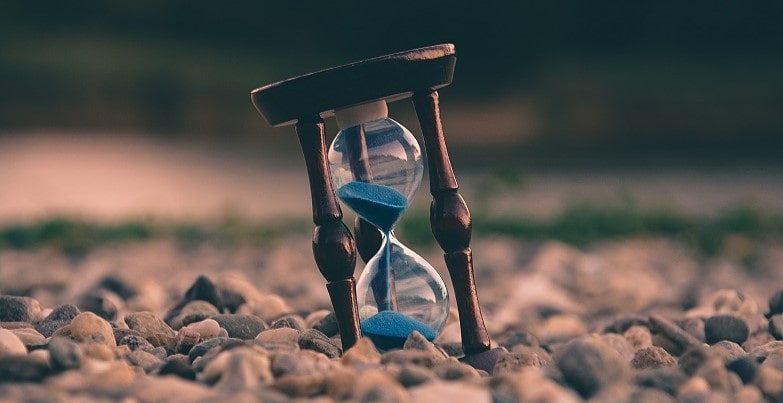 Missed deadlines for Australian Patents: All is not lost – by Dr Justin Sweetman

Compared to other countries, where a missed deadline on a patent application or patent can result in irreversible loss of rights, Australia tends to provide a more lenient approach. If a deadline is missed on an Australian patent or patent application for undertaking certain actions then an extension of time to perform the action can often be successfully granted subject to certain requirements. In this article we review the provisions and requirements for successfully obtaining an extension of time on an Australian patent.

Provisions for an extension of time

The patent process is defined by stages from filing to examination to acceptance and grant including the payment of a continuation fee on a patent application or a renewal fee on a granted patent. Each of these patent stages has associated deadlines associated with them.

Section 223 of the Australian Patents Act 1990 outlines the provisions relating to requesting extensions of time for doing a relevant act if the deadline to do that act by a certain time has passed. Examples of ‘relevant act’ for which an extension of time may be requested under s223 includes entering National Phase, filing a Convention application, filing an application within the 12 month Australian grace period, requesting examination, responding to an examination report, filing a divisional application or late payment of a renewal or continuation fee but does not include filing a Notice of Opposition, filing a request for an extension of the term of a standard patent of a pharmaceutical patent within the prescribed period or granting a license.

‘Certain time’ here is the period which is required to be extended. S223 does not therefore apply to filing a provisional or complete specification where there is no priority claim for which there is no prescribed deadline.

S223(1): Extension of time due to an error or omission by the Australian Patent Office

The Commissioner has an obligatory power under s223(1) and (1)(a) to extend a deadline a deadline where there has been an official error or omission by the Australian Patent Office.

Under this provision the request for an extension of time only needs to identify the error or omission of (a) the Commissioner or a Deputy Commissioner; or (b) an employee; or (c) a person providing, or proposing to provide, services for the benefit of the Patent Office; or (d) the receiving Office; or (e) the International Bureau of WIPO. In addition, the identity and duration of the deadline which is needed to be extended must be identified. There is no official fee associated with this provision and there is no deadline by which the request must be made.

The Commissioner has a discretionary power under s223(2)(a) to extend a deadline where there has been an ‘error or omission by the person concerned’. ‘Error or omission’ here must have been the cause or at least contributed to the failure to act within a time limit.

‘Person concerned’ is nearly always the applicant/patentee of record, and it can only be the patentee of record where nonrenewal of a patent is concerned due to the wording of s143 where a standard patent has ceased through non-payment of the renewal within the prescribed period by the patentee. The only exception here is an unrecorded Assignee, where the assignment took place before the missed deadline. Here the Assignee must first officially record their title, and then request an extension of time based on the error that the Assignee has made.

Both provisions under require the applicant to establish, with evidence in the form of a statutory declaration, that there has been an “error or omission by the person concerned” (s223(2)(a)) or that there has been “circumstances beyond the control of the person concerned” (s223(2)(b)), and that these circumstances have caused the failure to do the “relevant act” within the “certain time”. The official fee for this provision is AU$100 for each month or part month for which the extension is sought plus any relevant official fee for the relevant act which was missed.

IPAustralia applies s223(2) beneficially to the applicant, with the requirement for “error or omission” being broadly applied and including circumstances where a failure of a person to follow their normal practice (such as through a lapse of memory or a mistake in keeping normal records). However as the power of the Commissioner to extend time under s223(2) is discretionary, the applicant/patentee or their agent should make the request for extension of time without undue delay after becoming aware of the missed deadline (although there is no official deadline under which an application under s223(2) must be made). In addition the statutory declaration should contain a full and frank disclosure of all surrounding circumstances that lead to the missed deadline.

The Commissioner has an obligatory power under s223(2A) to extend a deadline a deadline where ‘due care has been taken’ by the person concerned. However, under this provision a request for time can only be made within 2 months of the circumstance which prevented the person from meeting the deadline ceasing to exist. Further an extension of time request under s223(2A) cannot be for longer than 12 months.

This provision requires the applicant to establish, with evidence in the form of a statutory declaration, that there has been “circumstances beyond the control of the person concerned”, and that this has caused the failure to do the “relevant act” within the “certain time”. The official fee for this provision is AU$100 plus any relevant official fee for the relevant act which was missed.

This provision does not refer to the Applicant/patentee or their agent as s223(2)(a) and can be made by an Opponent in respect of the time limit for filing a notice of opposition.

It is unclear from case law what the threshold for ‘due care’ here is but not demonstrating any intention to take the relevant action is likely to not be considered to meet this threshold. It would be expected that the person concerned would have put systems in place and done everything reasonably expected to ensure the relevant act was done. In this regard the threshold for success under this provision is higher than s223(2)(a) and (b) provisions described above. The required standard of proof for due care under s 223(2A) is “the balance of probabilities”.

Opposition to an extension of time

If the period of extension is more than three months, then the request application is advertised for opposition purposes for a period of two months. After this period the extension is granted.

Any opposition by a third party must be filed within the two month advertisement period. The only grounds of opposition are that the requirements of s223(2) or (2A) are not met. Each side has an opportunity to provide evidence in support of their respective positions. A hearing is held where a decision whether or not the opposition is valid. If the opposition is successful, the extension of time request is refused. Either side may file an appeal against any decision issued by the Commissioner of Patents.

The patentee cannot sue for any infringing acts which occurred whilst the patent was lapsed. Further, where any an extension of more than 3 months is granted, a third party which exploited (or took definite steps to exploit) the invention because of the lapse of the patent may apply to the Commissioner for the grant of a licence to exploit the invention.

We hope the above information is useful in outlining the provisions and requirements for successfully obtaining an extension of time on an Australian patent and realising the extent to which s223 can be applied to a multitude of situations.