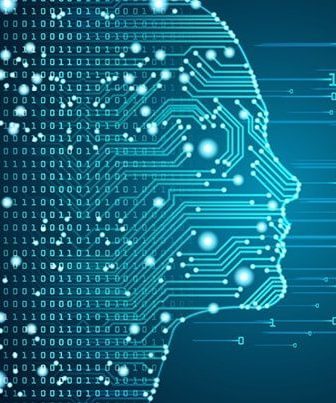 The Full Bench of the Federal Court of Australia in Encompass Corporation Pty Ltd v Info Track Pty Ltd [2019] FCAFC dismissed an appeal against an earlier decision rejecting the patentability of a method and apparatus for displaying information relating to business entities.

The Full Bench declined the opportunity to contemplate any new tests or requirements for a business scheme or plan executed on a computer to be deemed patentable subject matter[i].

In short, it remains the case in Australia that it is not a patentable invention to simply put a business method “into” a computer to implement the method. Rather, the invention must lie in that computerization.

Background of the Invention

The field of the contested patent relates to computer implemented technology, in particular, a method and apparatus for displaying information relating to business entities.  A business “entity” relates to individuals, corporations, businesses, trusts, or any other party involved in a business or other commercial environment.

The specification contends because there are many electronic data repositories containing such entities in different formats it is difficult to identify and access information relating to specific entities across multiple disparate data sources. The invention seeks to solve this problem.

Regarding the claims, the judges note that “…It will be apparent that claim 1 does not characterise the electronic processing device which performs the method. As we have said, the specification makes it clear that “any suitable processing system” may be used.”

Regarding the description it was found that “the various suggested ways in which the method can be implemented, as described in the specification, are not essential integers of the claimed invention.” Their honors also note that the “description is largely agnostic as to how the method should be implemented” and raise the imprecise language of the description as a factor being considered, e.g., “in any appropriate manner”, “”can be achieved in any one of a number of manners”, and “may be selected in any appropriate manner”[ii].

Initially, the primary Judge found that the claims were not patentable reasoning that “satisfaction…for a “vendible product”…is not enough to afford patentability, per RA.  A clear distinction was drawn between, the implementation of an abstract idea in a computer, and the implementation of an idea in a computer that creates an improvement in the computer.

The Appellants argued that:

A further argument put forward was that the claimed method cannot be implemented using “generic software”.

The Respondent argued that, properly characterised, the claimed method is no more than an instruction to apply an abstract idea using generic computer technology.

The Commissioner of Patents (“the Commissioner”) intervened and submitted that, in determining whether an invention is a manner of manufacture, attention must be directed to its substance, not its form. And, further, a key consideration is whether the alleged ingenuity resides in the way in which the method is implemented in the computer (in which case, the alleged invention may be patentable) or whether the ingenuity lies only in an unpatentable method or scheme (in which case, the alleged invention will not be patentable)[iii]. (Emphasis added).

The Institute of Patent and Trademark Attorneys (IPTA) also intervened and submitted that, regarding the Commissioner’s statement on determining alleged ingenuity, it is incorrect to conflate the grounds of Novelty and Inventive Step with that of Manner of Manufacture[iv].

The Full Bench notes that the correctness of Research Affiliates and RPL Central was never “seriously in doubt” and further that this appeal “does not provide the occasion for this Court to set out the metes and bounds of patentable computer−implemented inventions”.  In short, the Full Bench baulked at the opportunity to contemplate any new tests or requirements for a business scheme or plan executed on a computer to be deemed patentable.

Rather, the Full Bench only considered whether the primary judge correctly applied the principles of RA and RPL to the case at hand. The Full Bench concluded that the primary judge did not err, and consistent with the findings in RA and RPL, “the method claims in suit are, in truth, no more than an instruction to apply an abstract idea (the steps of the method) using generic computer technology.”[v]

The suggestion that it was more than “generic software” was quickly dismissed by the Full Bench: “The difficulty with this submission is that the claims in suit do not secure as an essential feature of the invention, any particular software or programming that would carry out the method.  It is left entirely to those wishing to use the method to devise, and then implement, a suitable computer program for that purpose.”[vi]

This recent decision follows the same trend as Research Affiliates and RPL Central.

Hence, with respect to a computer implemented business scheme or plan, per RPL it remains the case in Australia that:

As such, it may be beneficial:

We note the Full Bench only made an oblique reference to the primary judge’s perceived incorrect conflation of novelty and inventive step with manner of manufacture, viz:

Consequently, we do not believe that the Commissioner’s current approach of relying on cited prior art documents and discounting anything disclosed therein (or otherwise asserted to be “well known”, or part of the “common general knowledge in the technical field of the invention”) from part of “the contribution to the ingenuity of the alleged invention” will change at this time.

Of course, should you have any further questions relating to this case, please do not hesitate to contact me or my colleagues in the ICT Team at Pizzeys.