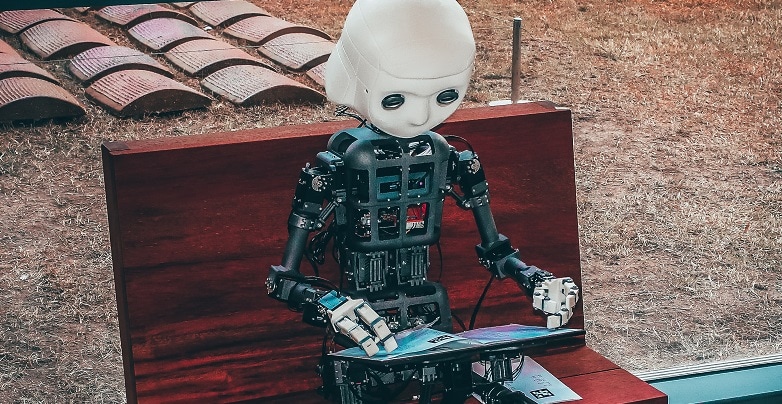 The Rise of the Machines? An Artificial Intelligence can be Named as Inventor in Australia by Peer Watterson

In the recent case of Thaler v Commissioner of Patents [2021] FCA 879 Justice Beach of the Federal Court of Australia held that an artificial intelligence system going by the designation DABUS could be named as an inventor. This addresses important and complex issues of intellectual property law, giving rise to a number of interesting policy and legal questions.

The decision resulted from a request of judicial review of the Deputy Commissioner’s decision (Stephen L. Thaler [2021] APO 5) that an inventor must be a natural person. That finding arose when Dr Thaler applied for Australian patent number 2019363177 and stated that the name of the inventor was “DABUS, The invention was autonomously generated by an artificial intelligence”. The Deputy Commission then revoked the patent on the ground that the Patent Regulations and the Patents Act required the inventor to be a natural person, so the applicant, Dr Thaler, had fallen foul of those provisions by not naming a natural person as the inventor.

In his decision, Justice Beach spent some time explaining what constitutes an artificial intelligence as well as considering those instances where an artificial intelligence could assist in deriving inventions (naming a number of examples in the pharmaceutical field). The judge also considered a number of policy reasons and ramifications, including the (relatively new) objects clause to the Patents Act 1990, s 2A which states that the “object of this Act is to provide a patent system in Australia that promotes economic wellbeing…”, all of which provides for interesting reading.

However, the decision is based primarily on definitions and whether allowing a non-natural person to be named as inventor would be contrary to other provisions of the Patents Act 1990. On the definitions, Justice Beach pointed out that the word “inventor” is an agent noun, referring to the person or agent who invents. The term “computer” used to refer exclusively to a person who was employed (e.g. at an astronomical observatory) to perform calculations. Once mechanical, and then electrical, machines were sophisticated enough to take over these functions, they took over as the primary designator of a “computer”. So too, an inventor is someone or something which invents.

As to the second point of whether allowing a non-human inventor is inconsistent with other stipulations in the Act, the Patents Act is surprisingly parsimonious with the word “inventor”. The one section where this term is used, and the section which primarily occupied the judge here was s 15 which deals with entitlement and which provides:
(1) Subject to this Act, a patent for an invention may only be granted to a person who:
(a) is the inventor; or
(b) would, on the grant of a patent for the invention, be entitled to have the patent assigned to the person; or
(c) derives title to the invention from the inventor or a person mentioned in paragraph (b)…

There is a further subsection which was not considered here.

The judge stated that clearly (a) requires a human inventor and that Dr Thaler might be able to avail of (b). However, subsection (c) was determinative in many respects in the decision; since Dr Thaler was the sole ‘owner’ of the artificial intelligence in that he controlled the AI, owned the computer where the AI ran and was solely responsible for training the AI, Justice Beach considered that Dr Thaler was in possession of the invention, and in the same manner that an employer possess the inventions made by their employees in the scope of their employment (without requiring an assignment), Dr Thaler would derive title to the invention from the AI inventor.

On the one hand, the finding is surprising. It is worth noting that Dr Thaler has pursued similar cases in other jurisdictions and, to date, there have been findings in the US, the UK and at the European Patent Office that have rejected the notion that an inventor could be anything other than a natural person. It also seems a little surprising that well-established law relating to an employer’s rights to the fruits of an employee’s labour might be found to apply here.

On the other hand, it is clear that we are on the cusp of fully autonomous invention by AIs (if we have not already reached that point). Whether such inventions are worthy of patent protection and who might qualify as the rightful owner of such inventions are important policy considerations where the law will have to change and adapt to evolving technology.

Although we are still some way away from recognising AIs as full legal personalities, the encroachment of machines into areas which were previously considered purely human endeavours does highlight the need for change. In any event, it appears likely that this decision will be appealed to a full bench of the Federal Court, and if will be very interesting to follow this as it progresses.